The bulls, like the rest of the beasts of nature, use their weapons to attack or defend. When a bull is forced to attack, they use the horns that nature has given to this function. The bull starts and goes to the object and attacks, when he reaches the centre of the package, assails humiliating the forehead and then raising his head to pick up and finish the object of his attack.

The dissimilar elements of the horns allowed me to think about symbolism and contradictions in a particular artefact. This object with ambiguous connotation, involves dead and life and mythology, consequently different symbols are associated together. The Ingenious Hidalgo Don Quixote by Miguel de Cervantes offers the same vision that provides confusing interpretation of reality.

To enforce the organic form of the horns, I make a bull body and head using geometrical forms, to change the way we see things. The geometry abandons the concept of abstraction and figurative, its content is covered with referential intention and extension. 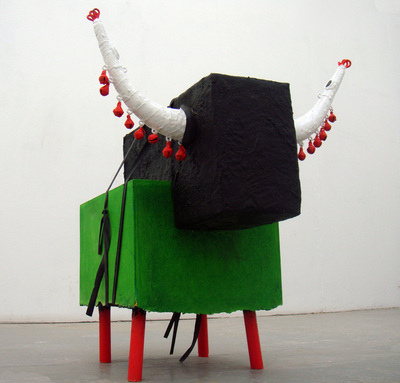 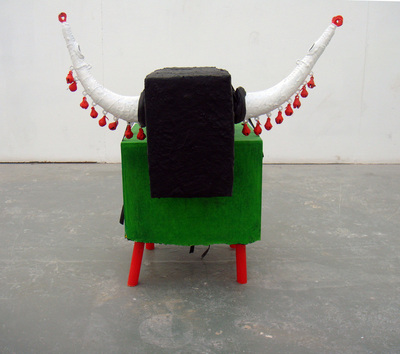